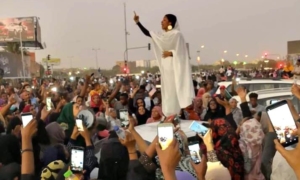 16 h 00
Tickets
Arab women have been stereotyped as ‘voiceless’ and ‘submissive’ to traditional oppressive patriarchal regimes. However, the fact is, Arab women have historically been & continue to be in the front-lines of the fight for democracy[...]
November 2019 Nov 2019
Subscribe to filtered calendar

Arab women have been stereotyped as ‘voiceless’ and ‘submissive’ to traditional oppressive patriarchal regimes. However, the fact is, Arab women have historically been & continue to be in the front-lines of the fight for democracy and human rights in the Middle East. This struggle is not new, it has been witnessed repeatedly, as manifested in the fight against colonialism to the contemporary recent revolts against corrupt and unjust regimes. This is evident in women’s bold and significant participation, alongside men, in the revolutions that have swept the Middle East since 2011, including women’s active roles in the ongoing revolts in Lebanon, Algeria, Sudan, Iraq, Tunisia & Egypt.

Accordingly, as part of the Gender & Diversity month, The MENA Student Initiative is excited to warmly welcome you to participate in our event titled “Arab Women in the Front-lines of Revolutions”.

The event will take place on Tuesday 26th November, from 4-6 pm in Auditorium 2 at the Graduate Institute. 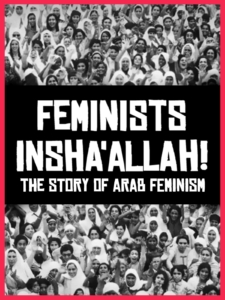 Following the film, we will have a discussion between the audience and the panel.

Then, we welcome all participants to join us in the entrance lobby of Petal 2 to continue our discussions in a more relaxed atmosphere over drinks and food. 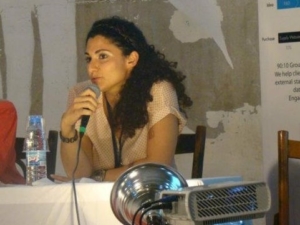 * Paola Salwan Daher (Lebanon): is the Senior Global Advocacy Advisor at the Geneva Office of the Center for Reproductive Rights. Her work focuses mainly on advocacy at the Human Rights Council and its mechanisms and on the sexual and reproductive health and rights of women and girls affected by conflict. She currently sits on the Board of the Urgent Action Fund for Women’s Human Rights. She previously worked at the Cairo Institute for Human Rights Studies, the Center for Research and Training on Development – Action in Beirut, where she was also a member of the Feminist Collective/Nasawiya. 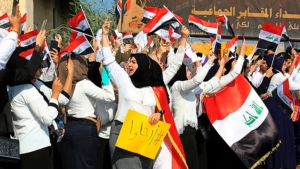 * Zahra Al Sagban (Iraqi): an activist and a political scientist from Iraq. Zahra wrote her thesis on the social history of Iraqi women and also discussed the work of NGOs in Iraq after 2003. 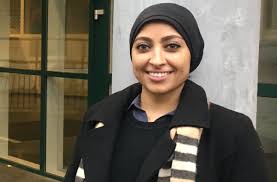 * Maryam al Khawaja (Bahrain): a leading voice for human rights and political reform in Bahrain and the Gulf region. Maryam played an instrumental role in the pro-democracy protests in Bahrain’s Pearl Roundabout in February 2011. Due to her human rights work, she was subjected to assault, threats, defamation campaigns, imprisonment and an unfair trial. Maryam serves on the Boards of the International Service for Human Rights, Urgent Action Fund, CIVICUS and the Bahrain Institute for Rights and Democracy.

We look forward to warmly welcoming you and having you participate in our event on this pertinent and major subject. 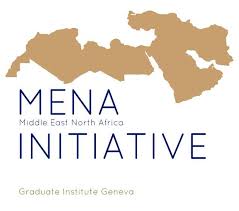