Israeli and Palestinian delegations are meeting in Cairo to agree on an agenda for negotiating amongst other things, the opening of the crossings and the reconstruction of Gaza including its port and airport. Even in the unlikely scenario that swift agreement will be reached on these issues, that agreement would only be a Band-Aid to the Israeli and Palestinian body politic. Renewed violent conflict looms.

Well-wishers to both sides should encourage the parties to address the causes and not the symptoms of the long-standing conflict. A good start would be to look backward, not forward, and examine what went wrong and became the source of tension between Israelis and Palestinians.

An objective survey would show that the present conflict started a century ago, not by Palestinians traveling to Eastern Europe or elsewhere to pick fights with Jewish communities there, but by waves of Jewish immigrants flooding Palestine for a host of reasons: spiritual, economic, colonial, and safety. Those immigrants arrived in an already populated country with a distinct population that traced its roots to time immemorial, and that was becoming increasingly conscious of its own national identity.

Post-World War I, Palestine was a flourishing country with an economic growth rate and a per capita income that then surpassed those of Turkey or Egypt, and with burgeoning cities like Jerusalem, Jaffa, and Haifa that had cinemas, concert halls, tennis courts, and arguably some of the best schools in the Middle East.

The arrival of the new immigrants with their own nationalist fervor posed an existential threat to the indigenous population. Constructing Israel inevitably meant deconstructing Palestine. Realizing this, some Zionist pioneers, such as Moshe Menuhin, father of the violinist Yehudi, abandoned the idea and became forceful critics. Others, immersed in Zionist dogma, became leaders insensitive to Palestinian aspirations. They committed massacres and carried out the ethnic cleansing of Palestinians deemed necessary for reincarnating Zion.

Israel was thus created in 1948 on 55 percent of historic Palestine following a UN General Assembly non-binding recommendation. But less than a year later, Israel expanded its territory by another 23 percent. These operations resulted in 70 percent of the Palestinian people becoming refugees. The final 22 percent of the territory, namely the Gaza Strip and the West Bank, was occupied in 1967.

Since then, two generations of Palestinians have known only Israeli generals and colonels as governors and besiegers of their towns and villages and have been ruthlessly subjected to a long and harsh military occupation.

A Palestinian Christian or Muslim living in Bethlehem, for example, cannot go to pray at his respective church or mosque in Jerusalem five miles away without an elusive permit. Palestinian children attending schools in East Jerusalem are not allowed to study the Nakba, but are required to study the Holocaust.

Israel grants the right of return to any Jew from anywhere on the flimsy basis that his or her ancestors may have lived in ancient Palestine some 3,000 years ago, but denies that right to Palestinian Christians and Muslims who were forced out of Palestine in 1948 or 1967.

Palestinians are not allowed to import or export anything without rarely granted Israeli licenses. Such policies undercut Palestinian economic development and have turned both the West Bank and the Gaza Strip into dumping grounds for Israeli products.

By incessantly demeaning Palestinians or denying their very existence, Israeli leaders created a false reality. From their ivory tower, they look down at the Palestinian people and their national aspirations with a blurred vision and reckon that their rule over them can last ad infinitum.

While hundreds of civilians, particularly children, were being massacred in Gaza this summer, Israeli spokespersons repeatedly claimed that they had nothing against the Palestinian people. Palestinians scoffed at such nonsense.

Israel’s public discourse resulted in an upsurge of fanaticism amongst the settlers’ communities. Listening to some settlers justify their takeover of Palestinian land is surreal.

The prevailing status quo is untenable.

All signs indicate that even if the 20-year-old peace process were to succeed, it would at best be a 1919 Versailles-style agreement that would only pave the way for bloodier conflicts to come. Power-based treaties produce lulls in hostilities but not durable solutions to conflicts. For the latter, justice-based agreements are needed.

Israel should know by now that even cutting-edge arms and technology cannot break a people’s will to be free. It should also know that its imposed rule over another people has detrimental effects on its own society.

Ignoring these compelling realities and continuing with business as usual is sheer folly.

In my opinion, there are only two peaceful ways out of this morass:

The first is for a Palestinian state to be created on the pre-1967 borders and for Israel to accept the Palestinian refugees’ right of return to the 23 percent of territory it added to the 55 percent area allocated to it by the 1947 UN Partition Plan.

The second is to drop all dogma and accept the creation of a truly democratic, bi-national state where both Israelis and Palestinians can live as equals.

Either of these options should enable the two people to let bygones be bygones and work together as good neighbors, like the Germans and the French have learned to do or, as the federated Swiss actually do, notwithstanding their linguistic and religious diversity. 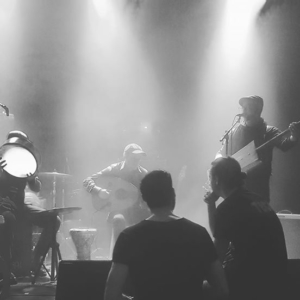