• Holding a Bachelor Of Music from the Higher Institute Of Music Damascus 2008.

• Solo singer with the artist ‘Ziad Rahbani’ since 2009: participated with the band of Ziad Rahbani since 2007 inside and outside Lebanon and at concerts hosted by Syriaian Ministry of Culture (Damascus the Capital of Culture in 2008) and (Miniha concerts in 2009), Participated with him also at the end of mono Drama Festival of Theatre in Fujairah 2010, and the Jazz Festival in Cairo in 2010, and many events in Abu Dhabi in2010 and 2011. and recently at UNESCO theater in Beirut December 2012.

• She sang with many artists such as: Wadih el Safi, Marcel Khalifa, Ghazwan Zrcelli, and Abed Ezerah.

• Prepare for an album with the Syrian musician ‘Saeed Mirkhan’. 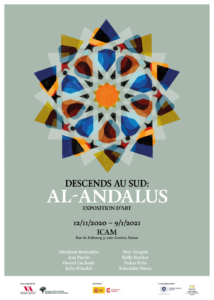